What is the difference between PEEK and PEKK? Both are semi-crystalline thermoplastics, but their degree of crystallinity highly depends on the way they are processed.

Some of the polymers that belong to the PAEK family (polyaryletherketones), have shown to be 3D printable with FFF (Fused Filament Fabrication) technology. The most popular are PEEK and PEKK (Polyetherketoneketone), because they both show extraordinary properties in terms of mechanical, thermal, and chemical resistance.

Should you print PEEK or PEKK? To understand it, it is better to take a step back and explain the differences between semi-crystalline and amorphous materials first.

Differences between semi-crystalline and amorphous polymers

According to the arrangement of macromolecules in space, two main categories of polymers can be distinguished:

The main differences between semi-crystalline and amorphous polymers are firstly the arrangement of the molecular chains and, consequently, how that affects the behaviour of the polymer under heat:

When reinforced, both amorphous and semi-crystalline materials show considerable improvements in strength and stiffness way beyond their glass transition temperature (Tg), due to the higher thermal deflection temperature (HDT).

Fused filament fabrication (FFF) is an Additive Manufacturing technology that extrudes continuous filaments of thermoplastic polymers to 3D print parts.
Spools of filament act as a feed for the extrusion head. The filament, passing through the hot end, is heated beyond the melting temperature and subsequently extruded through the nozzle. The head moves on the X and Y directions to deposit the filament, while the build plate moves on the vertical Z axis when a new layer needs to be extruded.

To print any filament, it is necessary to have an extrusion temperature above the melting point (Tm). By heating the working chamber to temperatures above the glass transition, molecular mobility is increased, thus favoring the diffusion of macromolecules at the interface between adjacent layers and stimulating coalescence between the strands, thus maximizing adhesion between the layers. Since these values are quite high with PEEK (Tm=338°C, Tg=146°C), it needs particular attention: good print quality and repeatability cannot be achieved with hobbyist printers.
Roboze PEEK filament is printed with a very hot extruder head, up to 450°C and a heated chamber that can heat up to 180°C. 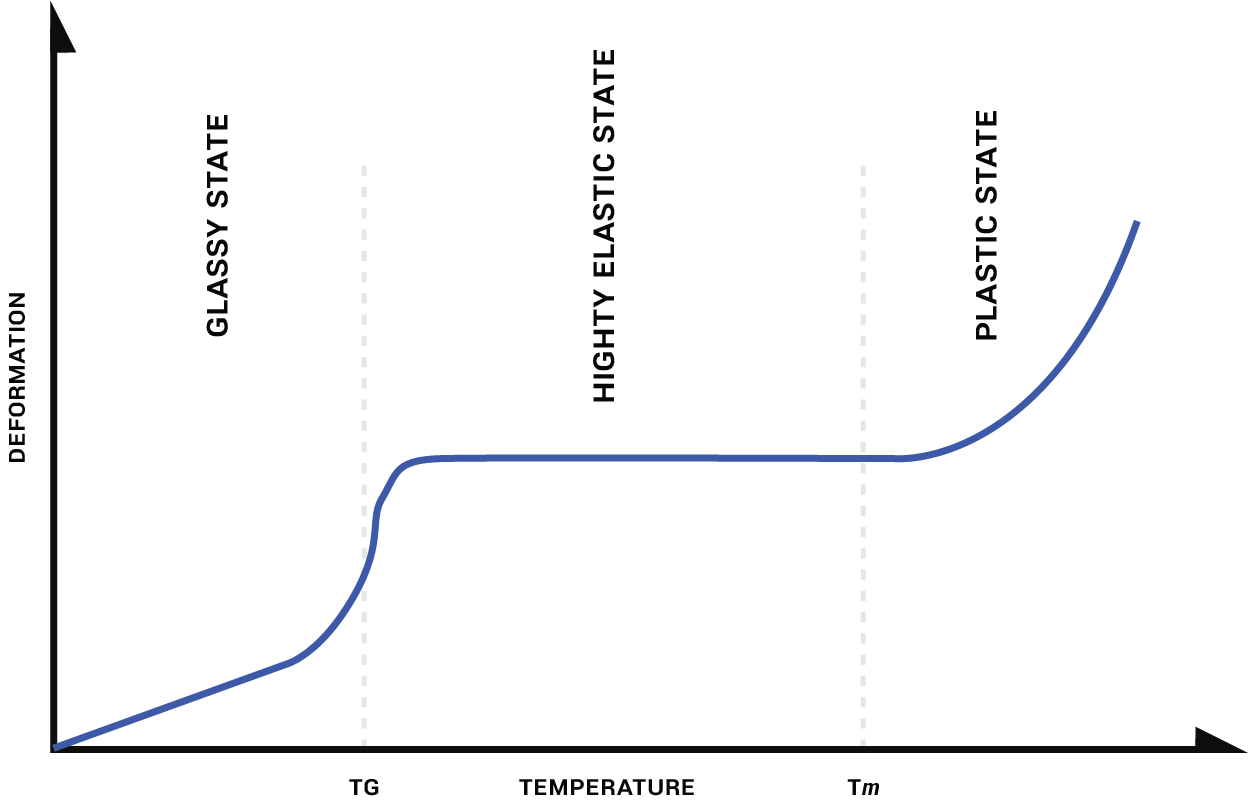 Having a temperature-controlled environment - i.e. a heated chamber - is necessary otherwise the PEEK will cool too quickly, thus inducing deformation phenomena induced by shrinkage and inhibiting the formation of crystalline domains. To increase the percentage of crystallinity in the workpiece, PEEK can be annealed. This is a heat treatment in which the material is heated to high temperatures (generally around 200 ° C) for a couple of hours, depending on the geometry, and then cooled very slowly to minimize residual stresses.

The heated chamber is fundamental to ensuring an even cooling rate across the part that leads to full crystallization and reduction of residual stresses and shrinkage. This is what happens with PEEK on board of Roboze Argo printers. 3D printing PEEK with FFF (Fused Filament Fabrication) technology has many advantages: here’s 8 reasons why you should 3D print PEEK.

Looking at the backbone of the two polymers, one can notice that, compared to PEEK, PEKK has an additional ketone group that replaces one ether group. This ketone group increases the glass transition temperature because it is a stiffer bond than the ether linkage.
The main difference between the 3D prints of the two main members of the PAEK family, PEKK (Polyetherketoneketone) and PEEK, is in the degree of crystallinity. Since PEKK has a lower crystallisation rate, it can be often treated as an amorphous polymer, depending on the production process.

PEEK, on the other hand, has a much higher crystallization rate, which allows, under suitable conditions, to obtain crystalline components through additive manufacturing processes. The difference can be seen with the naked eye: crystalline PEEK has a dull beige color while amorphous PEEK has a more translucent brown color.

Now that we know what PEEK is, we can also add that:

While PEEK can reach a very high level of crystallinity (up to 40%), PEKK can be commonly found as either amorphous or semi-crystalline. According to the information gathered on the market, PEKK is amorphous when 3D printed.

One can notice the difference with the naked eye: crystalline materials look opaque while amorphous ones look translucent.

Although PEKK belongs to the same family of polymers, it is easier to print because it is a more amorphous material, so the shrinking effect is limited to about 0.01%. However, the processing conditions used to produce PEEK or PEKK parts can influence their crystallinity, hence their properties. In general, more crystalline materials, like PEEK, have better mechanical, chemical, and thermal properties compared to amorphous materials like 3D printed PEKK. Indeed, PEEK has obtained NORSOK M-710 certification for the Oil & Gas industry, thanks to its very high chemical resistance. Unlike amorphous 3D printed PEKK that reaches a continuous use temperature (CUT) of 150°C when untreated, PEEK’s CUT is much higher, 260°C, due to its crystalline nature.

Despite printing PEEK might be generally considered difficult, it gets easy if you have Roboze Argo production systems. Featured with the heated chamber that guarantees an homogeneous thermal flow and the HVP extruder that is in charge of the deposition of such viscous filament, Argo printers handle PEEK’s shrinkage excellently, ensuring a positioning accuracy of 10 μm. The degree of crystallinity of PEEK achieved with Argo printers is very high, ensuring the best material quality in terms of mechanical, chemical and thermal properties.

Both PEEK and PEKK have their pros and cons and whether one or the other should be used, must be determined by the user and the application. 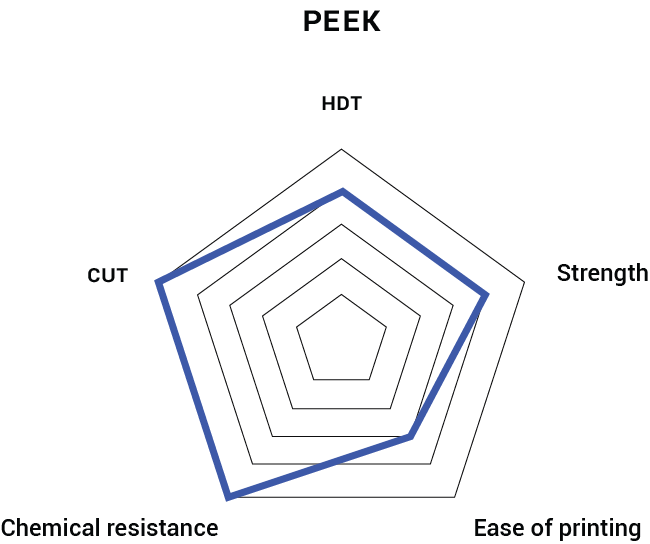 If not now, when?